It was a cold and bitter nigh when we went to the highly anticipated and talked about, Jatoba. But we were no longer pre-occupied by the winter wonderland by the time we walked in. Jatoba has taken the place of Philips lounge, which was a popular drinking spot and has been revamped into a sophisticated industrial space that is sure to seduce many patrons. Everything had been changed from the bar, to the textured brick walls and not to mention, the addition of an outdoor seating area. The restaurant screams “cool, calm and collected”. Everyone around us was laughing and seemed to be having a good time, including the staff – this was a great sign.

For a little bit of background, Jatoba is the brainchild of several restaurateurs in Montreal. The cherry on top? The menu is created by a respectable and inventive chef: Olivier Vigneault (interned at a French Michelin-star establishment and was head chef at Kaizen and Park). His life experience shines in Jatoba’s menu. The service throughout the night was impeccable and everyone kept raving about the food. The ambiance was hip, the music wasn’t obnoxiously loud and the lighting gave off a sensual glow. 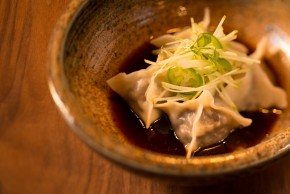 We were seated in the back of the main dining room with menus awaiting us. Everything sounded delicious, so we decided we needed to try as much as possible. I was told the food style was described as South-American/Asian fusion – my taste buds could not wait anymore. We started with the pork, shrimp and leek dumplings pan seared served with a lightly spiced soya sauce. I’m a big dumpling fan, so trust me when I say, they were fantastic! So much so, that we ordered another round. We tried the shrimp and cabbage dumplings as well, which were also tasty, but did not compare to the pork ones. A seaweed salad was also shared, to serve as refreshment between meals. It was crisp, well balanced and bright in color. Next came the salmon tartar. It was served with kale chips, avocado and a marinated cucumber. It was so well spiced, that I was upset I had to share it. If you’re a tartar enthusiast, this one is not to be missed. The scallops came next, served with brown butter X.O and mushrooms. They were cooked perfectly and melted in your mouth. The flavours were subtle, but present – a real winner. What may you ask was the star of the night? Undisputedly, it was the sweet miso cod. At $38 a portion, it is not given. Nevertheless, you need to try it at least once. The execution of the cod was pure perfection. Pan seared for a light crunch on the exterior and then a sweet, soft and fleshy inside. The flavours were always well balanced and delightful. We saw this in the main dishes as well: fall apart 48hr marinated Kalbi ribs, roasted duck breast with marinated daikon and sweet hoisin and even the filet mignon toped with a sweet kimchi mixture, were sampled and we could not get enough of this South American/Asian flare.

I loved my experience there tremendously and can confidently recommend this place for any occasion. It seats 100 people inside and will seat an impressive 70 people outside, for the summer season. 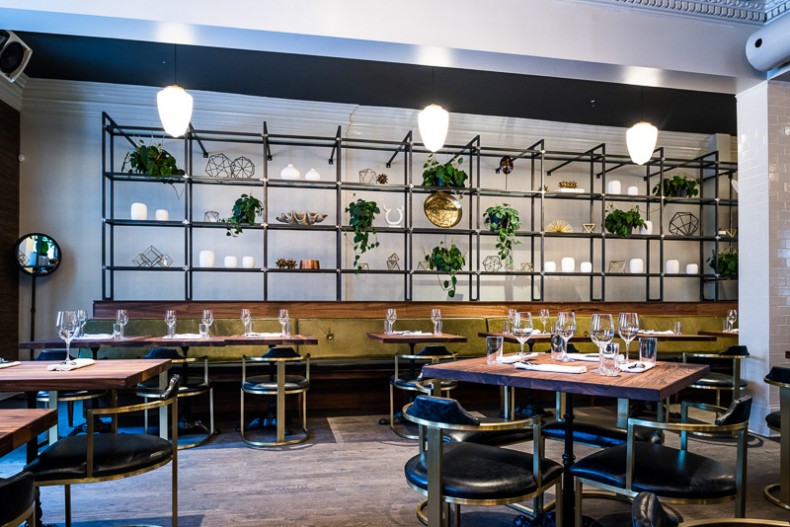 Sonia has always been able to make people laugh and feel good about themselves. Maybe because she focuses on the good and wants people to feel the same. One of her most innate urges, is to entice people with food! Whether it’s her own cuisine, simply talking about it or inviting her entourage…